Our center is part of the Drikung Kagyu lineage of Tibetan Buddhism. Its creation is the vision of our teacher and founder, Drupon Thinley Ningpo Rinpoche, whose wish is to serve the local and national Buddhist community by offering the timeless teachings of the Buddha. As a center for Buddhist studies, Drong Ngur Jangchubling holds retreats, hosts visiting teachers, and offers in-depth study of Buddhism. As part of our ongoing activities, we are also dedicated to preserving Tibetan culture, religious practices, and literature. We welcome anyone who is interested in learning about these traditions to visit and practice with us.

Its origin, evolution, where we are now & vision for the future.

In 2008, members of the Florida Drikung Kagyu community approached Drupon Rinpoche with a vision of the future for the Dharma in Tampa Bay. The vision included construction of a retreat center in the area, as well as the formation of Drong Ngur as a non-membership 501 (c) (3) religious non-profit organization.

Over the following years, both Drong Ngur’s Board of Directors and Drupon Rinpoche worked under the guidance and support of H.H. Chetsang Rinpoche to build a meditation and retreat center in the Tampa Bay area. In 2012, Drong Ngur Buddhist Center was established in Wesley Chapel, FL, and consecrated by H.E. Garchen Rinpoche.

Over the years that followed, both the BOD of Drong Ngur and Drupon Rinpoche worked diligently with the guidance and support of H.H. Chetsang Rinpoche to fulfill this vision of a retreat center in the Tampa Bay area. By 2012 that vision became a reality and the Center was established in Wesley Chapel, FL. Upon its establishment, H.E. Garchen Rinpoche visited the Tampa Bay area to preside over the consecration of this Drikung Kagyu center in Tampa Bay. In an act of incredible generosity and support H.E. Garchen Rinpoche consecrated DNJ a Drikung Kagyu center as well as offering a substantial donation. 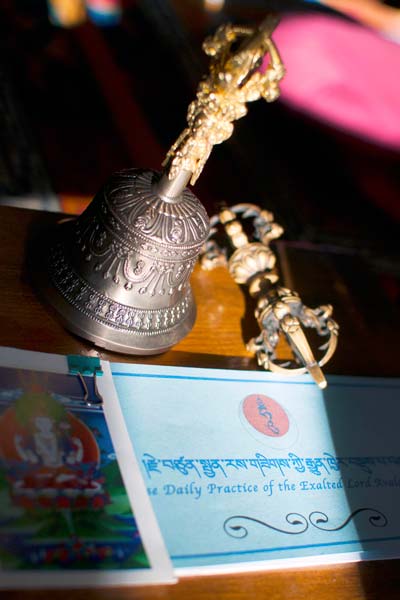 How Drong Ngur Functions as an Organization

As part of Drupon Thinley Nyingpo Rinpoche’s emphasis on transparency and open communication, the following is a brief explanation of how Drong Ngur Jangchubling is both organized and functions. There are five main roles of the Drong Ngur dharma center structure: the spiritual advisor, the board of directors, officers, a volunteer & advisory committee and the greater sangha of practitioners.