Lama Thubten Nima was born in the Kham (eastern) Region of Tibet in 1965. When he was 14, Lama Thubten Nima had the good fortune to receive instruction on the effects of virtuous and harmful actions by the great Yogi Damga, and he completed the four hundred thousand accumulations of the preliminary practices (Ngondro) according to the Buddhist Yangzab terma. Lama Thubten Nima made great efforts to travel to Gar Monastery where he received refuge ordination from the profoundly loved and respected Garchen Rinpoche. He then received full monastic ordination and the bodhisattva vow from the great siddha Karma Norbu, and was then admitted to Gar Monastery.

While at Gar Monastery Lama Thubten Nima studied tantric ritual practices of the Old and New Schools, and engaged in a wide array of other religious trainings. Lama Thubten Nima received special training from the Hlo Lungkar Monastery Chant-master (religious ritual master), Lama Yungthar, including the Eight Heruka Sadhanas, the Embodiment of the Masters’ Realization, Vajrakilaya, and Essence of Great Bliss. He then served as chant master for Gar Monastery and later as the disciplinarian.

Thereafter, Lama Thubten Nima sought-out and received teachings from many of the greatest living Buddhist masters including: Dzogchen Trekchod and Thogal from the highly-renowned and respected Khenpo Munsel Rinpoche; the entirety of the Drikung Kagyu protectors and the higher and lower tantra sections from His Eminence Garchen Rinpoche. 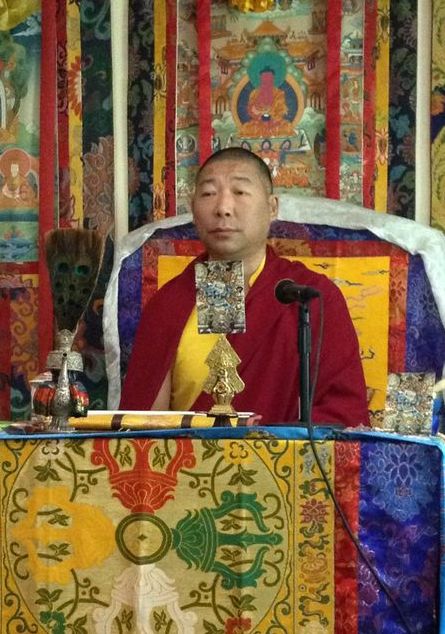