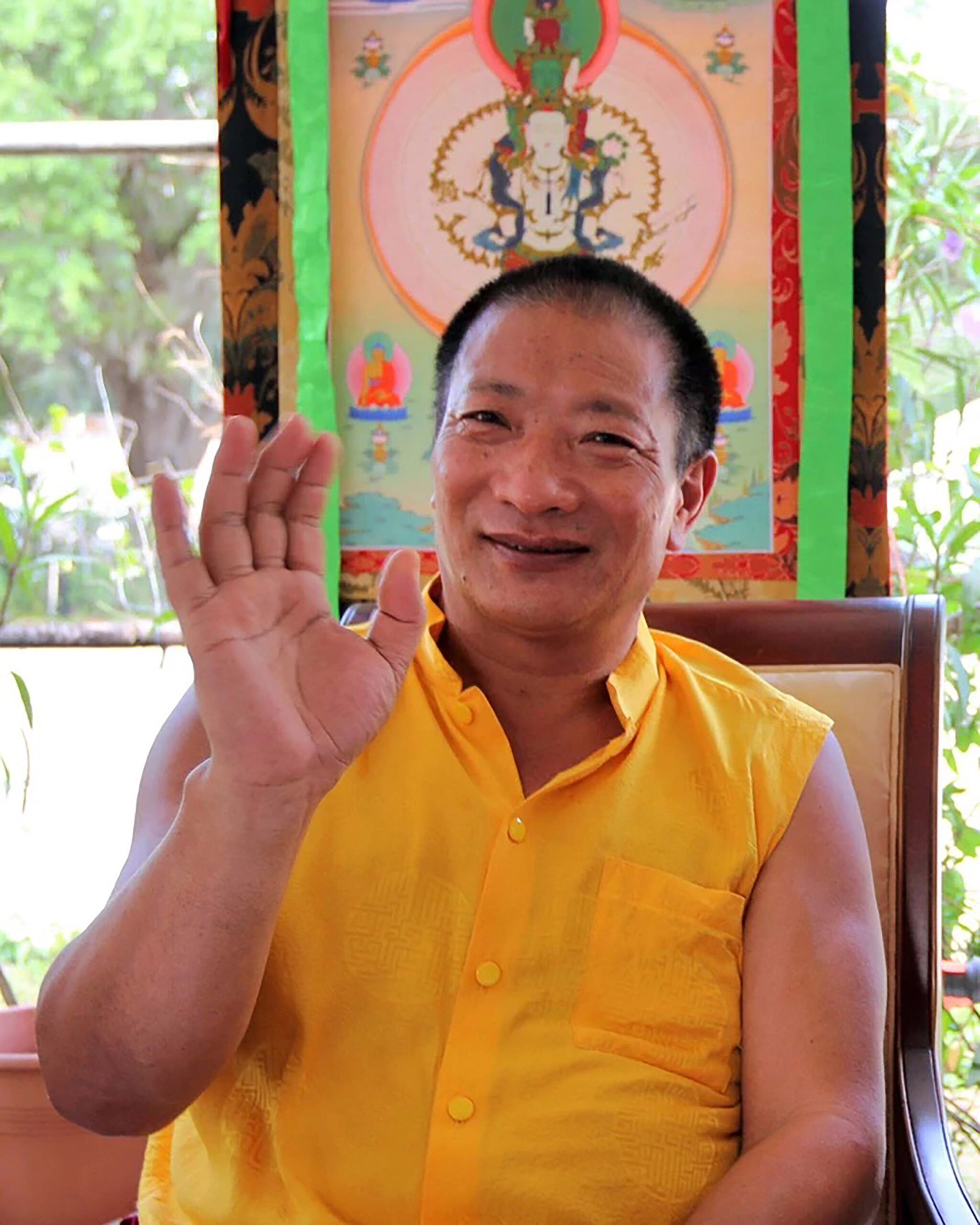 Drupon Thinley Ningpo Rinpoche was born in the Nag-chu District of Tibet. In his youth, Drupon-la was marked by a loving and compassionate nature and an active concern for the welfare of others. He entered school at the age of eight, excelled in his education, and was appointed as teacher when he was 17 years old. At that time he held a second job as a clerk for the municipal government. In addition to his teaching and clerical work, Drupon-la pursued studies in veterinary medicine. After continuing this work for some time, his natural inclination towards the Dharma developed into a determination to pursue a formal spiritual path. His family supported his decision and Drupon-la entered Drong Ngur Monastery where he became a student of the eminent Buddhist scholar, Lama Kedrub Siddhi Rinpoche. He engaged in the study of a wide range of Drikung Buddhist traditions, including ritual practices, mandala and stupa design, construction, and the art of producing bronze images of sacred beings. Subsequently, he was made director of the project to construct a new main stupa for the monastery. After completing this formidable project, he went on a pilgrimage to Drikung Thel Monastery where he met the great yogin and scholar, Drubwang Pachung Rinpoche. Drupon-la was inspired to request the essential instructions for spiritual practice. Recognizing his unique abilities, Drubwang Rinpoche agreed and asked him to return at daybreak. He was then able to receive the profound essence instructions in the practice and mastery of the peerless Mahamudra.

In 1988 Drupon-la went on a pilgrimage to the sacred places of Tibet. This brought him to the western regions of the country where he had the unique opportunity to escape to India. This was accomplished through a very perilous two-month journey on foot across the Himalayas. Once safely in India, he proceeded to a Drikung Kagyu sanctuary and entered the institute of higher education. After completing the full monastic curriculum, Drupon-la was appointed as dean of the institute. He served in this capacity for six years.

Drupon-la spent 1994 in spiritual retreat, during which time he accomplished all the preliminary practices of the Five-fold Mahamudra. He then entered the traditional three-year retreat in Dorje Redrubde hermitage in Alora where he accomplished the practices of the Five-fold Mahamudra and the profound path of the Six Yogas of Naropa. Additionally, he participated in the Drikung Kagyu Snake Year teaching retreat and received the entire body of Drikung Kagyu empowerments, transmissions, and instructions for advanced practice. In this way, he completed the process of advanced training in all the profound and sacred traditions of the Drikung Kagyu and earned the title of Drupon “master of spiritual attainment.” 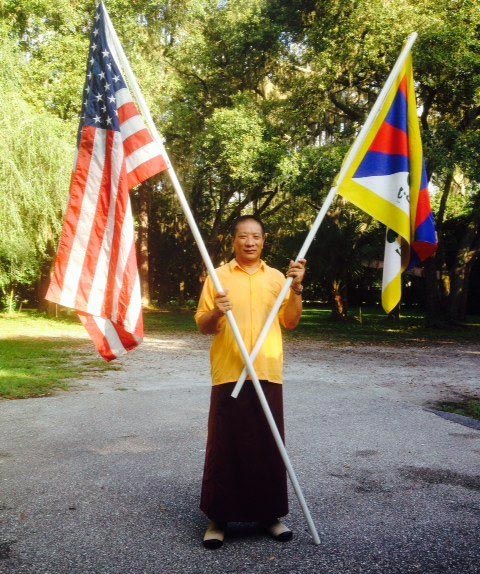 Motivated by his deep and yearning desire to help others attain liberation, Drupon-la traveled to America where he served as Spiritual Director and Retreat Master of the Tibetan Meditation Center in Frederick, MD.

With the blessing of HH Drikung Kyabgon Chetsang, Drupon-la relocated to Wesley Chapel, FL in 2012, and is establishing a Dharma center for study, practice, and retreat. We have been very blessed here in Florida by Drupon-la’s kindness and practical wisdom. Drupon-la possesses the special quality of being able to understand deeply the needs of Western students and to provide Dharma teachings most beneficial to progress on their own unique spiritual journey.